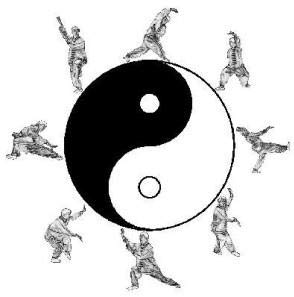 For a long time, there was a lot of debate about the origins of Ba Gua Zhang. However, this has recently come to an end after researchers in mainland China determined without any reasonable doubt that the martial art was created by only Dong Hai Chuan. According to records, Dong was born in 1813 in Wen An County, Hebei Province. He practiced numerous regional martial arts and earned notoriety as a skilled fighter.   Ultimately, he determined to leave his hometown and travel around China.

During this time, he entered the Chuan Zhen sect of Daoism. Daoists practice walking in a circle while reciting their mantras. Dong combined this with his open palm martial arts, hence Ba Gua Zhang was created. It is a pattern of constant motion while walking in circles. This strengthens both the mind and the body.   In the end, Dong made his way to Beijing, where he began to teach his technique, but only to the most accomplished martial arts students. At this time, he also told of the Book of Changes (Yi Jing) and the teachings of the Eight Trigrams (Ba Gua) written in the book.

Practitioners of art today have different styles. Each of Dong's students had a somewhat different interpretation of his teachings, which has been translated into various schools in modern art. What all of them have in common is the practice of moving around a circle at a constant even pace while performing different techniques with the upper body.   Moreover, almost all styles of Ba Gua Zhang contain variations of the Sixty-Four Palms, for example, the Single, Double and Eight Palm Changes.

The constant movement and coordination of Ba Gua Zhang helps develop dexterity, balance, strong legs and arms, and focus. This movement helps open up the body’s channels for energy and improves their flow. The three most popular styles today are Yin Fu, Cheng Ting Hua and Liang Zhen Pu.  Yin Fu is characterized by explosive and percussive techniques. They are used in rapid striking combinations aimed at sinking an opponent rapidly.  Cheng Ting Hua’s style is characterized by flowing and smooth movements that over microscopic in the way of power.


The ultimate goal of Ba Gua Zhang is to teach students how to utilize their entire body mass as a single force. This requires exquisite control of their momentum and timing in order to generate a strong amount of power. This type of training allows practitioners to use the power of their entire body in a single strike, making each of them incredibly powerful. In order to reach such physical prowess, a student must attain physical relaxation and practice natural movements that work with the fundamental design of the body. Ba Gua Zhang is so different from other martial arts because it does not seek to match raw strength, but instead utilizes all available strength to exploit opponent’s weaknesses in combat. This is why it is known as a guerilla warfare style of martial art.