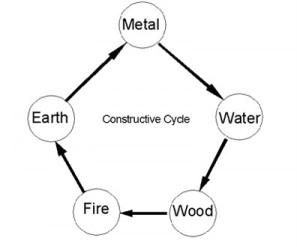 Xing Yi Chuan is one of the most important Chinese internal kung fu.

XING in Chinese means "shape" or "form".  YI means "will" and "intention".  Xing Yi Chuan literally translates into“The martial art of form and intention," which means this Chinese martial art utilizes the power of intention to move the body.  The unity between mind and intention, intention is related with chi, and the chi with power refers to "The Three Internal Harmonies".  This means the unity between the palm and foot, the elbow and knee, and the shoulder and hip joints. Xing Yi Chuan has a long history. It is said that Xing Yi derives from General Yue Fei, who lived during the Song Dynasty. 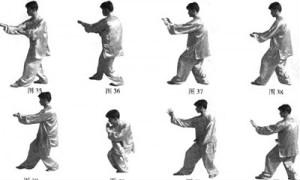 On the surface of Xing Yi Chuan, its movements appear primarily linear, and this gives the appearance that Xing Yi is straightforward and direct, but literally it is more elaborate. The techniques are based on highly emerging concepts and contain many underlying intricacies. The primary feature of Xing Yi Chuan is that the technique puts a lot of emphasis on moving the whole body as one single unit. The people who discover Xing Yi Chuuan use it to advance to and through a while simultaneously attacking. defenses are done.  The opponent's attacks are diverted with minor circular movements that are stayed to the learner's body supports his attacks.

Training in Xing Yi Chuan starts with learning the holding posture; this is a crucial part of studying for Xing Yi Chuan.


Xing Yi Quan's theory is based on the theory of five aspects, which is also used in traditional Chinese medicine and acupuncture. Beng Quan (" Smashing Fist"), Pao Quan (" Cannon Fist") and Heng Quan (" Crossing Fist"). Wu Xing Quan are frequently referred to as Mu Quan or Mother Fists and constitute the framework of Xing Yi. These fists are governed by the Daoist theory of Wu Xing, or Five Components (Metal, Water, Wood, Fire, and Earth). Having an understanding of the five components theory is also an important part of learning Xing Yi effectively.  Among them, there are two cycles that need to be acknowledged. The first cycle is the productive cycle, where metal creates water, water creates timber, wood creates fire, fire creates earth. The next cycle is the destructive cycle where metal chops timber, wood splits the earth, earth damns or absorbs water, water puts out fire, and fire melts metal.  Xing Yi Chuan involves the study of Shi Er Xing (twelve Animals Forms) to further explore and learn the fighting techniques and strategy of each. The 12 Animals are: Dragon, Tiger, Monkey, Water Lizard, Horse Chicken, Sparrow Hawk, Wedge-Tailed Hawk, Snake, Swallow, Eagle and Bear. Xing Yi Chuan is a terrific kung fu style to learn for both self-defense and staying healthy.