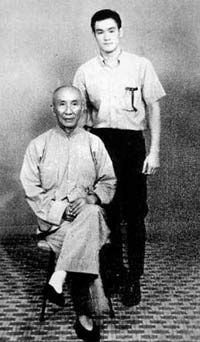 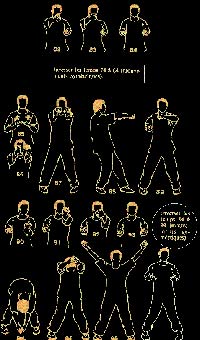 Different styles of Chinese martial arts has been passed from one generation to the next. There have been more martial arts skills founded by many recent people as well as the forefathers. One of the outstanding styles is Wing Chun which has been practiced by different fighters and Chinese heroes. This discussion explores the ideas of Wing Chun in details.

The Chinese Wing Chun is a martial art known to have originated in Southern China. Having been started and created by nun Ng Mui, a female Buddhist, Wing Chun has become a significant and famous martial art. Bruce Lee promoted and made the art popular in the world today. The martial art required that the people use soft and hard, internal and external techniques thus making it easier to balance the required power. 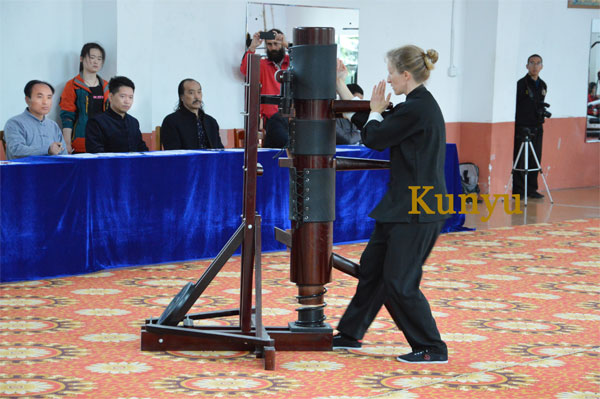 One of our Female students are doing Wing Chun during her grade exam.

One observation about Wing Chun is that is has different versions. The first one is known as Xiao nian tou. This form of Wing Chun is considered as the internal version (or soft) Wing Chun usually practiced during training. The trainee is expected to focus mainly on concentration because this forms an important part of Wing Chun. It is required that the person maintains a related and closely unified body as a way of allowing free joint interlocking and movement. As well, the person is expected to have constant coordination with his/her mind. Some of the tricks and skills taught under Wing Chun are as follows:

This is the free-hand form in Wing Chun. It is considered essential because it presents the most destructive force and strength against the opponent. For the fighter to perfect it, it is important to have the best degree of perfection whenever developing the Xiao nian tou body structure and the needed Chum Kiu’s body movements. These should be combined with mind power.

As proposed by its developer, Wooden Dummy is known as the secret and best skill of Wing Chun. This is an effective skill known for its ability to combine different skills of Chum Kiu, Biu Gee and Xiao nian tou. The aim of the skill is to practice the effective application of all the three forms of movement.

This is another trick also known as Chi Sau. The idea behind the Chi Sau (or the sticking hands) is to train and apply all the necessary ingenious responses emerging from fighting. Such responses and forms render the needed reflexes of the needed body movements. This practice of Chi Sau is usually divided into different practices including double, rolling sticking hands, single, or sticking hands, and the free sparring. The third practice would require step by step learning and training.

This is the practice whereby the fighter is expected to combine all the above forms. Although the applications and theories might be more or less the same, the difference is in the way the individuals transfer body mass to the specific knives through special body responses and movements. This explains why Butterfly Knives is considered by trainers as an advanced or senior stage of Wing Chun. The practice also focuses on the importance of power in wrist turning.

Six and a half point pole

It has been said that Abbess Ng, the founder of wing Chun, did not contribute to or create the famous Six and a half-point pole. Wong Wah Bo is thus believed to have exchanged Xiao nian tou with Pole form by Leung Yee. Leung had learnt the trick from Abbot Sin Chi.