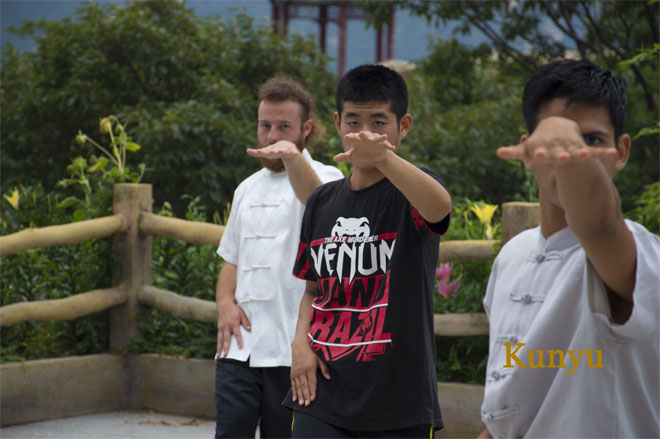 Baji Chuan's full name is actually Kai Men Baji Chuan, which when translated directly to English means "Open Gate Eight Extreme Fists". The origins of Baji Chuan can be traced back to the Hebei province in northern China in the early 18th century. Unfortunately, the history of who precisely produced martial art is shrouded by the erosion of time and war. The civil war and the Cultural Revolution in China led to the destruction of many written documents from previous eras, including those written about Baji Chuan. The style is first mentioned in writing in the Ming Dynasty, but then does not really reappear until the Qing Dynasty, where it became popularized. It is believed to have derived from the Wu family in the Cun Zhou area, though precisely who the first teachers were and where they developed the original techniques is still unclear.

Baji Chuan is characterized by using eight different parts of the body to deliver attacks; They are the shoulders, elbows, hands, buttocks, knees, feet, waist, and head. The style utilizes a great deal of sudden and explosive force in its movements in order to quickly crack an opponent's defense and ruin their balance. By doing so, the practitioners of Baji Chuan are able to win quickly.

The technique is highly efficient in close combat and relies on striking the opponent in the most vulnerable areas. You may have seen Baji Chuan if you have witnessed a martial artist who has powerful charging steps that are timed with rapid strikes from the elbow and fist.

Since its initial founding, martial art has been passed down through the generations. Some of the most famous masters of more recent times are Wu Hui Qing, Wu Zhong, Jin Dian Sheng, Li Shu Wen and Li Yun Qiao.  Today, Baji Chuan is practiced all over the world and has developed multiple branches that have been developed in different parts of China.